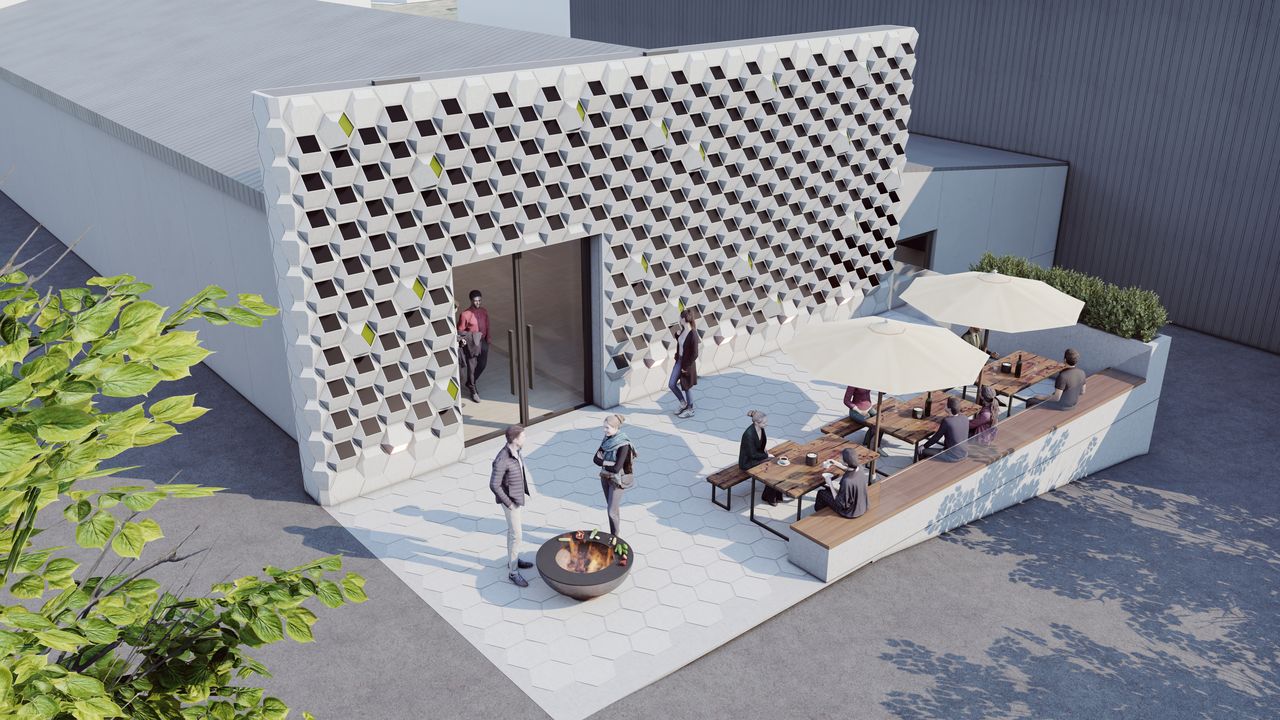 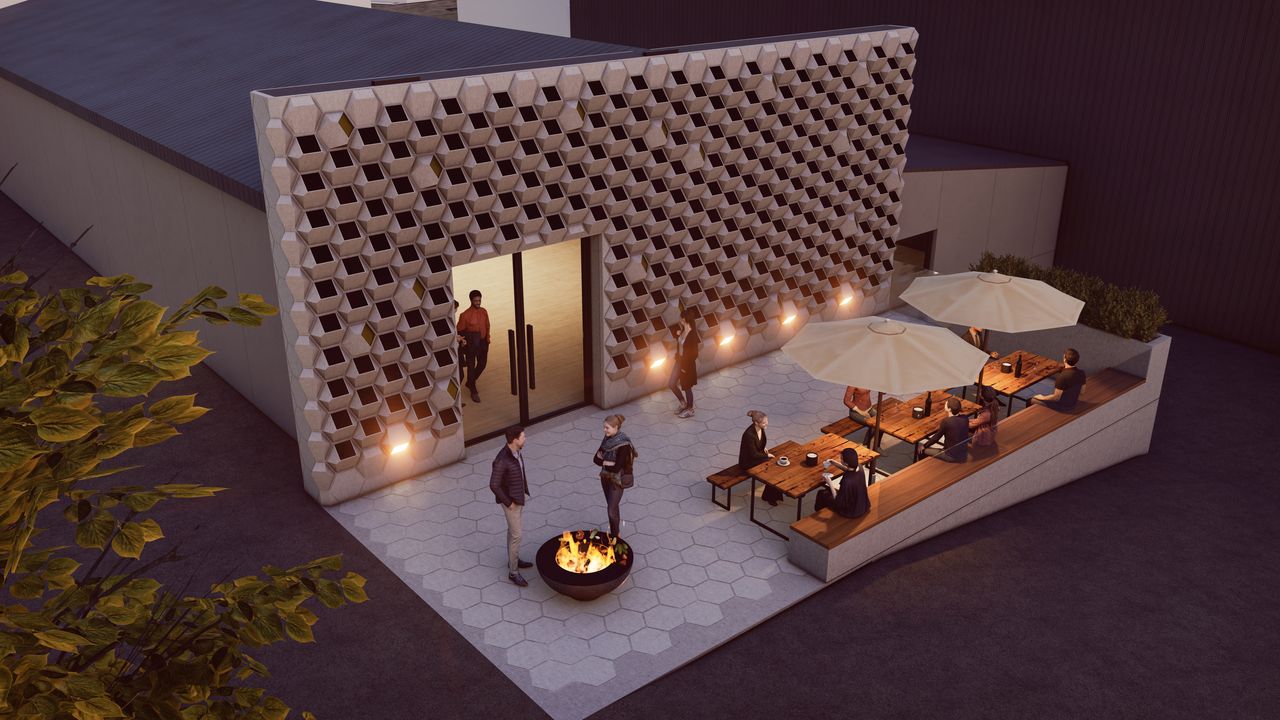 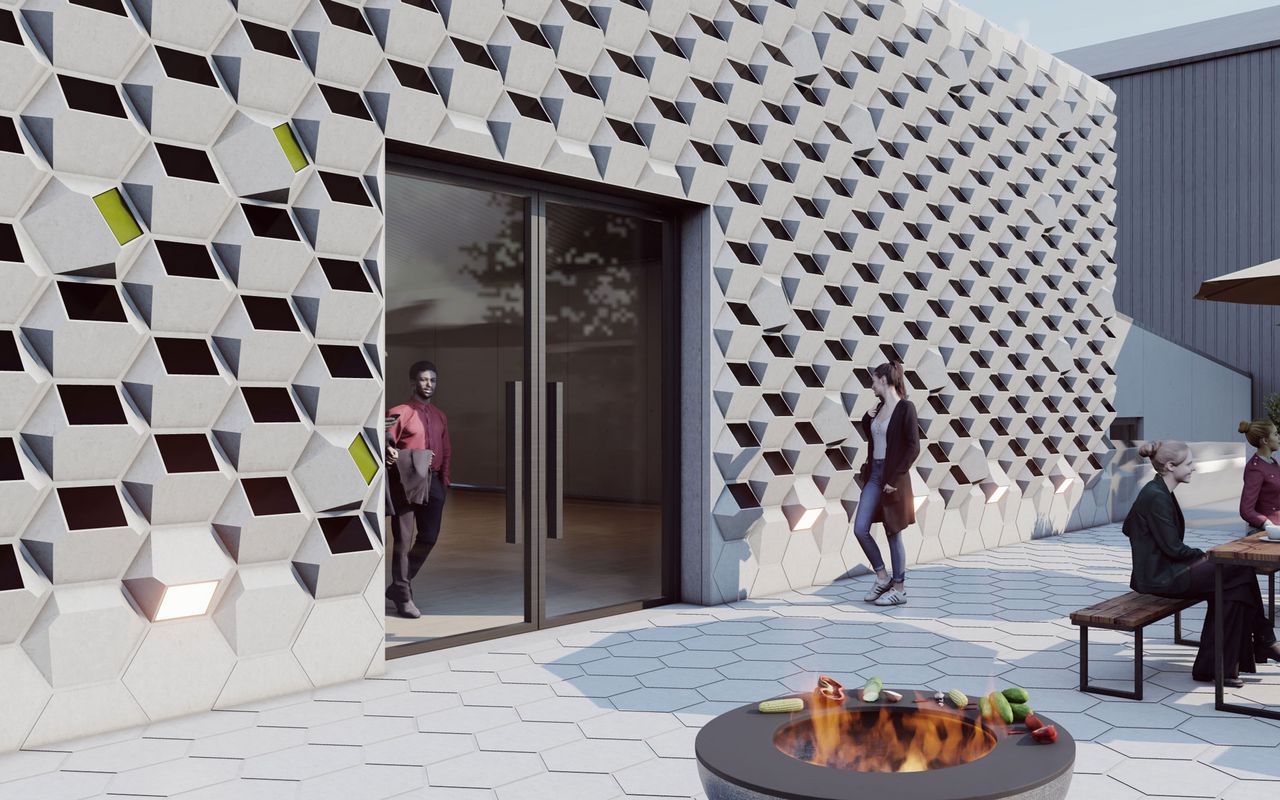 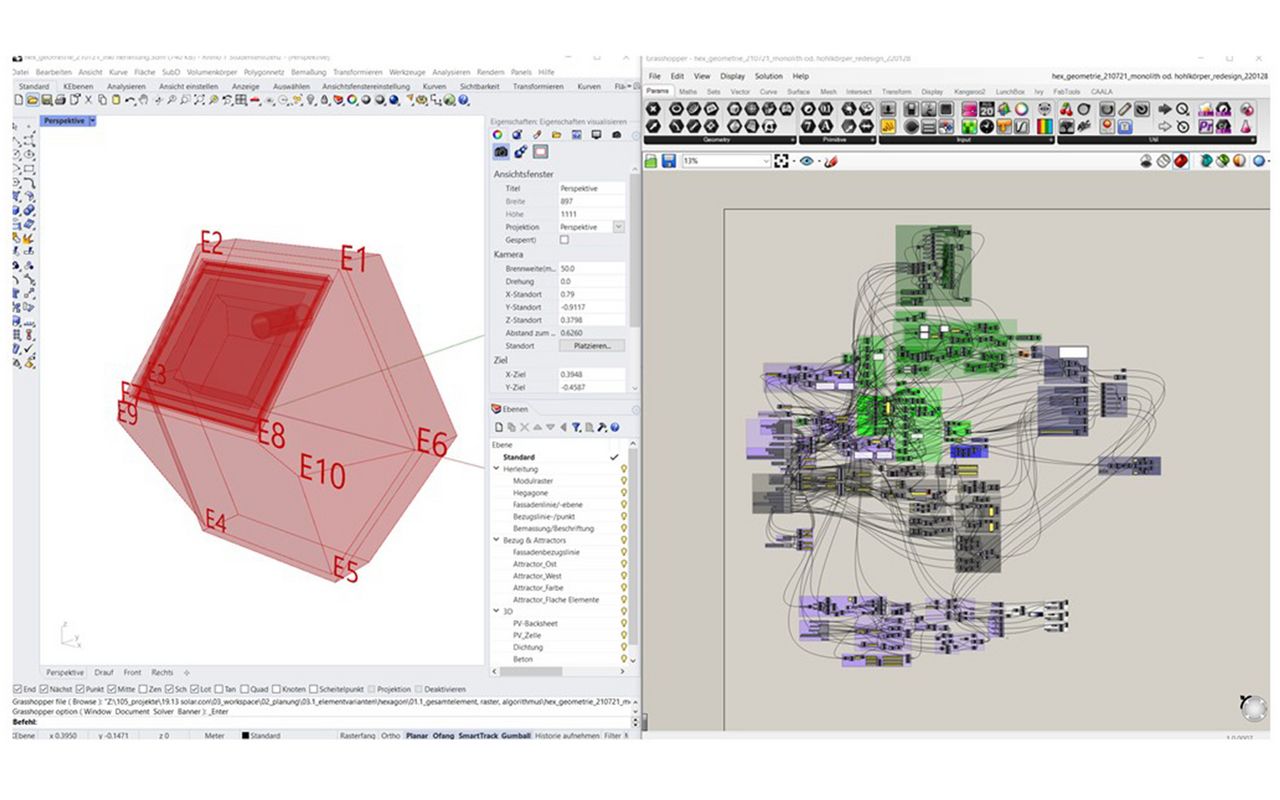 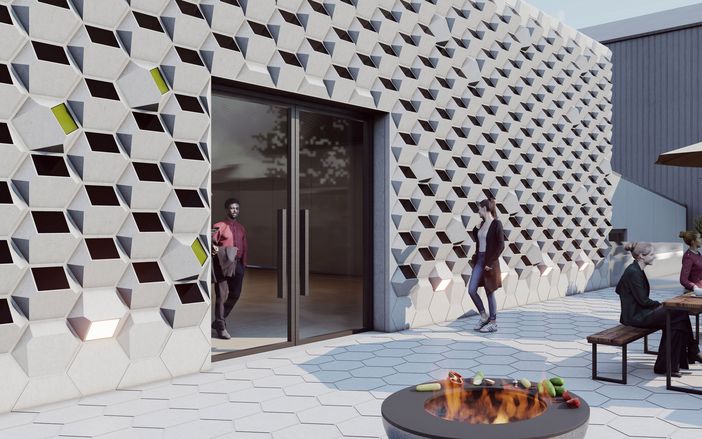 Visualization of a SOLAR.con demonstrator facade at day on the company premises from the project partner Hering Bau GmbH & co. KG in Burbach | CGI: A. Heller, ai:L - HTWK Leipzig

The share of regeneratively produced energy in the power supply is continuously increasing worldwide. Photovoltaics (PV) play an important role. In Germany, the building standard "nearly zero energy" should be introduced as early as 2021 for all new buildings and prescribes alternative energy generation in or near the building in addition to high overall energy efficiency. Other countries are already planning similar regulations. This results in great potential for building-integrated PV (BIPV), in which increasingly high-quality, facade and component integrated solutions are in demand.

The aim of the project is the development of an architecturally sophisticated curtain wall made of exposed concrete with integrated, small-scale PV modules that are orientated yield-optimized. The alignment of the modules in the facade is already set in the digital design process by algorithm-based design - as well as facade and location parameters, technical and economic target parameters. For the implementation of the BIPV facade, various types of combinable, lightweight concrete elements are developed, which take up small PV modules and are then combined to form large-format facade elements. In order to increase the system flexibility with regard to optimization and architectural adaptability, color-configurable small PV modules as well as an economical overall wiring concept are to be developed. In test stands with a relevant application environment, the developed facade should demonstrate its functionality as a building envelope and energy generator in accordance with Technology Readiness Level 5.